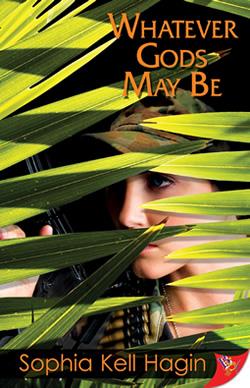 
Read Chapter One of Whatever Gods May Be 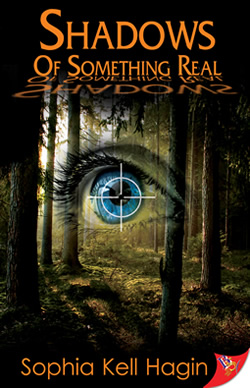 Read Chapter One of Shadows of Something Real 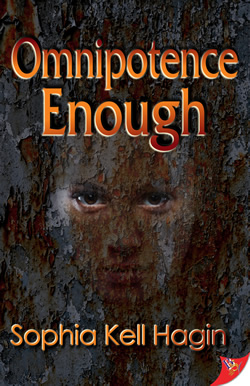 Read Chapter One of Omnipotence Enough

Reviews of
the Jamie Gwynmorgan stories

The Lesbian Review
review of Whatever Gods May Be:

Whatever Gods May Be by Sophia Kell Hagin is brilliant!
I have never read a book that so entranced me.

This is one of the books that leaves you just wanting to say WOW! The unusual writing style really adds to the chemistry of the story. Hagin writes about war with a freshness that keeps the heat, the fear and the violence in the front of your mind as you are turning the pages, glued to the action. There is nowhere to hide in this book, it is full on.

The world of Jamie Gwynmorgan is stark, dangerous and violent. It is beautifully described and not glamourised.

I kept turning the pages, knowing that the faster I went, the quicker I would get to the end. Oh, I so didnt want it to end! Luckily there are two further books in the series!

Midwest Book Review
review of Whatever Gods May Be:

A riveting novel with a twist of romance, Whatever Gods May Be is a fun and exciting read, hard to put down.

Lambda Literary
review of Whatever Gods May Be:

each twist and each turnwill keep the reader turning pages as fast as she can.

PrideSource
review of Whatever Gods May Be:

This physically and psychologically intense war novel has balls.

Simmering sexual tension is secondary to Hagins incendiary story about women proving themselves as adept at killing as men. The blood of battle courses through this novels pages with an astonishing relentlessness; the harrowing experience of prolonged interrogation becomes horrifically riveting.

The Lesbian Review
review of Shadows of Something Real:

While the story does have dark moments, it is doing it a disservice to imply it is a dark story. Oh! It is so much more! There is a romance. Jamie finds the safety she has been searching for, in a womans arms, and finally, love. There is also a thriller element as Jamie believes the safety of both her lover and adopted family are at risk. She puts herself on the line, as usual, to solve the problem.

Hagin has taken command of the words on the page and shown such a richness of language. I have always been told that personal narrative, for a writer is something that is difficult to maintain through a whole story. Hagin demonstrates that she is the master of this approach, by giving us the thoughts and events only as Jamie thinks of them, or they affect her. She is able to lead you by the hand into Jamies world and her almost stream-of-consciousness thoughts. She draws you into Jamies nightmares, her hopes and her dreams with such deft moves that you find yourself turning pages swept up in whatever is happening. Should your wife/significant other speak to you while you read this, it will take some effort to work out which is Jamies world, and which is the real world.

We start the story with Jamie in captivity, once again. She is totally alone, she cannot remember when she last saw a human face or spoke to anyone. She knows she was abducted from the street but has no idea of how long she has been held. She is having to deal with her previous imprisonments, her understanding of her PTSD and knowing that her grasp on reality is retreating by the day....

Hagin is so very good at dealing with the slightly insane personal recollections, the rambling and jumble. She does it in such a way that as a reader you are barely aware of her deft touch.

The thriller element is very well done, and while the breadcrumb trail through the story does give some clues, it does not detract from the mystery....

The personal narrative with Hagins rich use of language has been my great love of all three books in the series. Jamie Gwymorgan...carries you through the work and she is one of those characters that you find yourself thinking about long after you have finished the book. Captivity repeats itself for her, and she wonders why. So do you.

Every year since 2013, Ive reread the last ten chapters of Whatever Gods May Be. This entire novel rests in my memory, but I seek out the books ending annually to re-live Jamie and Lynn meeting and persevering.

This novel is a thriller, but also a romance, so much the sweeter for Jamie after all shes survived. Highly recommended, even to folks who dont tend toward massive woman crushes like me.

Which brings us to Omnipotence Enough, which has a killer of a set-up: 15 years after the events of Shadows of Something Real, Jamie wakes up in an unknown prison, subject to solitary confinement and at the mercy of armed custodian robots who use pharma and force to control her. Jamies been abducted off the street, and she has no idea how long shes been imprisoned and if Adele and her family are close to rescuing her.

"The point of view also switches in this last book to first person. This ramps up the uncertainty and claustrophobia.

The themes of political evils-doers and powerful corporations continue from the previous books. What has changed is Jamie, a more mature and self-possessed woman navigating physical and mental recovery thats all the more courageous for her shakiness.

"Jamie survived so much over her life, and I so want her to find stable happiness. I think any lover of thrillers will enjoy Omnipotence Enough, but readers of the earlier books will feel a special investment in this last journey.